The Future of Psychiatry

For my inaugural blog I have chosen an inherently risky topic which is the future of psychiatry. We call it the future because it is unknown.  What follows is an educated guess based on current knowledge, advances in technologies, and extant trends. 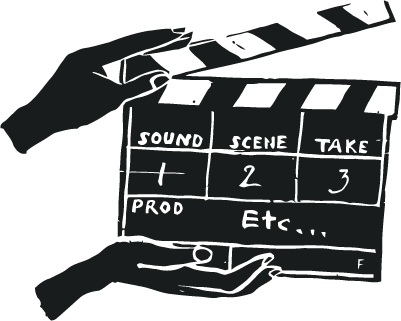 The major psychiatric disorders of schizophrenia, bipolar disorder, autism, attention deficit hyperactivity disorder, obsessive-compulsive disorder are heterogeneous syndromes with extraordinarily varied phenotypic presentations.  Indeed they are so varied that any psychiatrist making such a diagnosis should present it as a probability and not as a Boolean, true/false diagnosis, but as a probability judgment by the psychiatrist.  The underlying genetics and cellular chemical cascades are largely unknown.  In addition it is becoming clear that these disorders are polygenetic, produce disruptions in chemical pathways in different neural circuits which in turn result in shared clinical symptoms that lead to the same or different clinical diagnoses. If this weren't daunting enough, recent work with copy number variations (CNV) in these disorders (Cook and Scherer, Neuron, 2008) and the increasing realization of the importance of epigenetic factors point to a prolonged research effort.  Gone are the days when the newly sequenced genome was thought by many to yield the answers to disease etiology within a decade.  Mother Nature is quite an adversary.

A law of technology is that people invariably overestimate the short term impact (as above), but underestimate the long term impact.  The research effort will proceed along two tracks: Genomics and Circuit Analysis.  Over the last ten years, the speed of sequencing DNA has increased 100,000 fold and the cost has fallen from about ten million to about $10,000.  This dramatic progress now allows researchers to sequence entire genomes for thousands of individuals and to use computational analysis to assess them.  Gone are the days of hypothesis-driven GWAS.  Many amplified or deleted segments of DNA are needed for nerve cell function and not other tissue types.  In a recent discussion Tom Insel, Director  NIMH, called attention to the fact that many of the mutations are seen only once and he referred to them as "private mutations."

Expert consensus now expects that many hundred mutations are involved in the disruption of neural circuits that produce psychiatric phenotypes.  Identifying the distribution, structure, function, and dysfunction of these neural circuits will be crucial in unraveling the mystery of psychiatric etiology.  Researchers Maybery, Shah, and Baxter have already added significantly in this area.  Recent advances in diffusion tensor imaging (DTI) allow better tracing of neural circuits and connections.  Other new strategies to study circuits include multiphoton imaging and calcium imaging.  At the animal level, knockout and knockin mice will be used to study psychiatric phenotypes as more genes are identified in human DNA of individuals with these disorders.

Lest we forget, these psychiatric phenotypes typically strike people early in life, are life-long, are often disabling, adversely influence interpersonal relationships, and generate an enormous cost to the society as a whole to say nothing of the enormous anguish draped over the sufferer.