What is intimacy?  A number of descriptive adjectives come to mind, including closeness, interdependence, vulnerability, reciprocity, personal, deep, warm and fuzzy, etc.  Intimacy involves valuing closeness for the felt benefits it conveys and the desire and ability to tolerate and even enjoy the intense emotions that are necessarily generated and  to disclose one's own emotions both in reaction to the other person and to independent experience.  This is all embedded in an abiding concern for the other's well-being and desire to explore the other person's psyche.  There is of necessity some blurring of personal boundaries which results in vulnerability. There is a clearly established relationship between close social contact and health and longevity.

What are the neurochemical underpinnings of this fundamental human need which for some is so difficult to acquire?  The issues are certainly not settled, but there are a number of intriguing neurochemical candidates including the neuropeptide oxytocin (see previous blog), proinflammatory cytokines which have been shown to cause social disconnection and depression ( some speculation that this may play a role in increased suicide rate in the spring, especially April), and finally the old widely-cited actor, serotonin.  With regard to this last, low serotonin or serotonergic dysfunction are associated with impulsivity, reactive aggression to emotional events, social isolation, quarrelsomeness, dominance, and loneliness.  It is not surprising that depression, anxiety, schizophrenia, and borderline personality disorder have these symptoms in abundance and are all associated with serotonergic dysfunction.

Bilderbeck et al. recently suggested that serotonin may also modulate perceptions of close relationships, i.e. bias the perception of interpersonal relations and/or produce a state in which intimate relations are unwelcomed, which would reinforce perceived isolation and foster actual isolation. This would explain why people with the type of problems cited above want to remain isolated and thus cut off from the mental and physical benefits that close interpersonal relations offer. 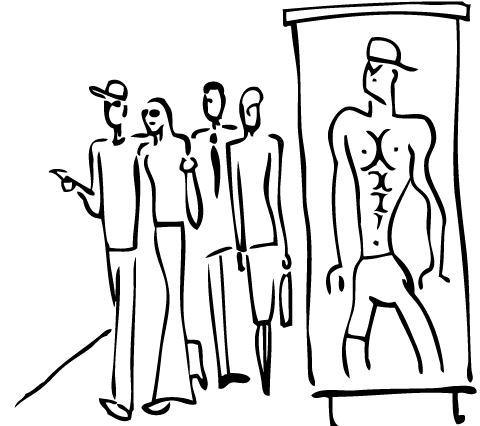 Bilderbeck and colleagues used the standard tryptophan depletion procedure in which one group was given an amino acid drink with tryptophan and the other was given the drink without tryptophan.  Five hours later they were presented photographs of heterosexual couples either standing together, or putting their arms around one another, or holding hands, and were asked to rate the coupled with ten descriptors, i.e., committed, trusting, intimate, etc., as well as terms of relative dominance of the partners, etc. The researchers found that tryptophan had a significant effect on intimacy and romance judgments but not on other relationship descriptors. This does make sense in that low serotonin is implicated in the opposite qualities that are needed for intimacy.  It is also possible that their perceptions of the photographs result from a biased view and reflect their underlying goal states. Seen in this light,  the subjects are trying to create distance in the relationships in order to lessen or regulate feelings of heightened emotional reactivity.

This study suggests that serotonin plays a role in the known relationship between close relationships and well-being. This study has extended our knowledge of the role of serotonin from a known effect on interpersonal behavior to one that may include perception of interpersonal relations, i.e., low serotonin levels might negatively bias intimacy perceptions and induce a state in which intimacy is undesirable and in this way perpetuate isolation.