Each and every week I receive two or three phone, fax, or email communications from pharmacies questioning my concomitant use of an MAOI with another drug.  Last week I received a phone call from a former patient whom I treated successfully last year and who moved back to Texas because of a job loss.  I had maintained her on tranylcypromine (Parnate) for the last five months while she sought out another psychiatrist in Texas.  She reported last week that she had been unable to find another doctor or psychiatrist who was willing to prescribe the medication for her due to the risks involved in using MAOIs. She stopped taking it and noted that the black dog (she liked Churchill's term for depression) was back. The living purgatory she was experiencing when she first met me had returned.  Such experiences highlight the misunderstanding and  misinformation of a complex subject that is present in the professional community and which is entombed in the Physician's Desk Reference (PDR), textbooks,  drug-checking computer programs, MAOIs' unfortunate 1960's history, and the Food and Drug Administration (FDA) pronouncements..

MAOIs are the oldest class of antidepressants. In the early 1950s, there were some tuberculosis patients being treated with isoniazid and iproniazid who were noted to brighten, show renewed vigor, and were more stimulated.  The drugs' mode of action was discovered to be monoamine oxidase inhibition.  A few years later, phenelzine (Nardil) and tranylcypromine (Parnate) were introduced.  A number of deaths occurred, especially in nursing homes around London, where a snack of English Stilton Cheese and Chianti wine was given in the afternoon. The FDA received about 500 reports of hypertensive crises which resulted in 30 deaths. Consequently, tranylcypromine (Parnate) was withdrawn from the market for about eight months in 1964.  After researchers discovered that their use required a diet low in tyramine (an amino acid), it was reintroduced into the market.
Thereafter the dietary restrictions were wildly overblown and the drugs were thus rarely prescribed by physicians.  These excessive dietary restrictions were the first of many pieces of flawed information about these drugs. Indeed, most professionals I talk to consider the diet to be the principal danger, when in fact the interaction with other truly contraindicated drugs produce the most dangerous reactions.  This blog is being posted because I want to clarify the misunderstandings about these extraordinarily effective agents and save myself some time by responding to many questions I receive from patients and colleagues.  I do plan to write about the dietary issues in a future blog; this blog will deal with drug interactions only. 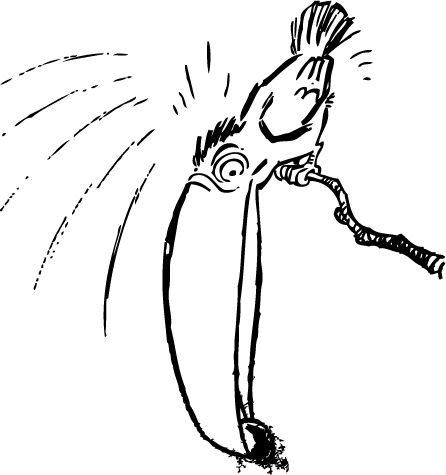 There are two types of dangerous reactions that can occur with an MAOI and certain other drugs.  The first is Serotonin Toxicity or Syndrome (ST or SS).  This is the result of using a serotonin reuptake inhibitor (SRI) and an MAOI concurrently. Serotonin toxicity is the preferred term and should be viewed as a spectrum and not as a Boolean concept. This implies that dosage is a factor as well as the potency of a drug's serotonergic effect.  Hunter's Toxicity Criteria (validated in over 2000 overdoses) for this diagnosis are met if any of the following five criteria obtain :

Severe cases usually manifest higher temperatures. Clonus is the core symptom.  The second dangerous reaction is a sudden rise of blood pressure, usually the result of the indirectly acting sympathomimetic amines (releasers), fenfluramine (Pondimin, no longer available in USA) and MDMA (ecstacy), and pseudophedrine and phenylephrine which are commonly found in OTC cold preparations or tyramine in food.  Read the labels of OTC medications.  If it says do not take if on MAOI, then do not take.  This hypertensive crisis which most patients and professionals focus on is characterized by pounding heartbeat, increased blood pressure (usually over 180 mm Hg), slowed heart rate, stiff neck, excruciating headache, tightness in the chest, pallor, diaphoresis, nausea, and confusion.  This is the so-called cheese effect or tyramine effect and will generally manifest itself within 30 minutes of taking the offending agent.

Avoid concurrent usage of all the following with MAOIs:

Analgesics such as aspirin, tylenol, NSAIDS and the COX2 drugs are safe as are codeine, oxycodone, buprenorphine and morphine.  Benzodiazepines such as clonazepam Klonopin), diazepam (Valium), alprazolam (Xanax), temazepam (Restoril) etc. are safe as are other antidepressants not in the list above. Antihistamines other that the last two in the above list are safe.  Neuroleptics such as olanzapine (Zyprexa), quetiapine (Seroquel) are safe as well. Stimulants such as amphetamine(Dexedrine, Adderall)  and methyphenidate(Ritalin, Concerta) are safe.  Questions regarding these drugs account for many phone calls.  I have at all times at least 20 patients on some combination of a stimulant and an MAOI without adverse effects.  This issue was studied by Fawcett et. al. and Feighner et. al.  Inquires sometimes focus on Fentanyl which has weak effect on serotonin through its action on the µ receptor  but can be used safely even though the FDA considers it to be contraindicated. Again, analgesics that lack serotonin reuptake properties are thus safe and include aspirin, acetaminophen, nonsteroidal anti-imflammatory drugs, codeine, oxycodone buprenorphine, morphine, and the aforementioned fentanyl.