Why I am asked a surprisingly large number of questions about schizophrenia in light of the fact that I have no such patients in my practice remains almost as much a mystery as the disorder itself.  I assume that this represents a curiosity about a common psychiatric topic in the lay press.  This manifest interest has led me to devote this blog to informing my readers and patients so that I do not have to repeat myself and to guarantee a more complete presentation of the current thinking and state of knowledge about this devastating and debilitating disorder that affect about 1% of the worldwide population than would be the case in an off-handed discussion. I plan to discuss the phenomenology, signaling pathways, and genetics but not the treatment.

It typically appears in late adolescent years or sometimes in early adulthood and produces profound disability.  It is usually described as having positive and negative characteristics.  The positive ones include hallucinations (usually auditory), delusions, disorganized or loose thought and speech and/or behavior and sometimes intense paranoia (suspiciousness, mistrustfulness).  The negative symptoms include  social withdrawal, poor social relatedness, enormously reduced affective expressions (flat affect), lack of motivation, as well as cognitive deficits that include reduced working memory, reduced and defective attention, slowed mental processing speed, and impaired executive function.  They often have mood symptoms and a high incidence of substance abuse.  The group shows a suicide rate of approximately 10% (behind bipolar I who manifest a 15% lifetime suicide rate) and approximately 85% smoke cigarettes which is over three time the US population average.

Psychiatric researchers who focus on this disorder have come to believe that it is a neurodevelopmental disorder with genetic risk and very poorly defined but present neuropathology.  The current thinking is that there is an endophenotype (think colonic polyps that eventually become cancerous) present from very early years but that do not present until adolescence or early adulthood.  There are no practical diagnostic tests at this time but there are a few hard findings in the group which include reduced volume of the temporal lobe, enlarged ventricles in the brain, and increased dopamine in the striatum (includes the caudate and putamen).

Like all other psychiatric diseases that I can think of, Schizophrenia is a multi-factorial disorder with inputs from susceptibility genes (many), environmental factors, and epigenetic contributions (this is really a miscellaneous category because it really means any effect that influences whether a gene is turned on or off and/or when it is turned on or off --this could be by methylation or some other mechanisms heretofore unknown) or even stochastic.  Numerous family, twin, and population studies support genetic factors at work.  As indicated above, about 1% of the population suffers from this disorder but about 50% of identical twins are concordant for the disease, i.e., a 1% prevalence versus a 50% prevalence. Genes and the environment do interact as manifested by an increased risk with prenatal malnutrition and infections as well as obstetrical complications and perinatal hypoxia.  Other factors that increase risk are urban living and stress during the adolescent years and cannabis use in early adolescence.  The brain is plastic during the adolescent years.

From a genetic-susceptibility-underlying-disease standpoint, the penetrance and prevalence of risk alleles are the key variables.  There are two prevailing hypotheses.  The first is the common disease-common allele hypothesis and the second is the common disease-rare allele hypothesis.  The first states that common small effect alleles act together to cause disease.  The second states that  rare but highly penetrant alleles cause disease.  These are not boolean but rather should be seen as acting together in the final common pathway.  The allele findings so far are nonspecific and thus are shared by syndromes such as schizophrenia, bipolar disorder, unipolar depression, and autism. 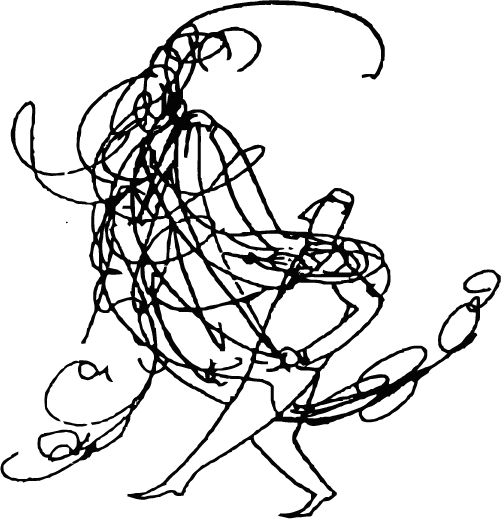 So what are some of these genetic abnormalities and with what are they associated?  The 22q11DS congenital malformation syndrome is caused by microdeletions and approximately 30% of children with this develop schizophrenia and that accounts for about 2% of of non-familial schizophrenia. Proline dehydrogenase (PRODH) is coded for at the 22q11.2 locus.  In knockout mice with the defect there is decreased density of glutaminergic synapses and impaired connectivity between hippocampus and the prefrontal cortex.  ZDHHC8 is another implicated gene at 22q11 locus encodes a palmitoylation transferase.  In mouse knockout models neurons in the hippocampus are affected and there is cognitive and behavioral deficits.  Another implicated gene is COMT which encodes for catechol-O-methyltransferase and is also located in the 22q11 locus.  This is a complex gene with certain alleles sffecting stability and others levels of expression. It is involved in catecholamine metabolism.  New research shows that COMT and PRODH interact in complex ways.  Several other implicated genes are NRG1,. DISC1, AKT1, and PI3K and its promoter region PI3KC3.  This is obviously a daunting area with definitive solutions far off but progress is being made very, very slowly.

Signaling pathways in the brain in schizophrenia are equally challenging to understand and is substantially incomplete.  The NMDA antagonists ketamine and PCP aggravate the symptoms in people who have schizophrenia by glutaminergic interference.  Another glutamatergic receptor mGluR when under the influence of an agonist can reverse some of the effects of PCP.  Abnormalities in GABA transmission have been identified in schizophrenics and are associated with poor cognitive functioning as well as working memory.  Cholinergic signaling has been implicated in the processes of attention, working memory, and motivation.  The high rate of smoking as mentioned above has been interpreted as an attempt at self-medication and specifically to address cognitive and sensory filtering deficits. Finally, fewer M1 muscarinic receptors are found in the cortical areas of schizophrenic patients which is thought to adversely impact working memory-related performance.

Among the variety of problems that present in the office, this is the most perplexing and difficult to treat adequately.  I hope the reader gets a sense of the complexity of the problem from the above discussion.